‘Let’s get past this collective trauma. Our communities have all suffered bereavements and hardship. We need to learn a valuable lesson about new standards of health and safety, new equipment to be used in the company and be three times as careful if and when there is a new wave of the pandemic, but we also need to restart believing in doing what we do best: working!’

The healthcare emergency caused by the Coronavirus was like a lightning bolt in a clear sky. After the first phase in Eastern Asia, the pandemic soon highlighted the different approaches available, either lockdown or herd immunity. Each country had to make this choice and with them all the respective businesses.

Below is a detailed look of how Lotus Spa tackled this monumental change caused by Covid-19, in both Italy and abroad.

On March 18, as a result of the growing concern caused by the increase in contagion and great uncertainty, Lotus closed its production site in advance to carry out a deep cleaning of the work areas. Then, the lockdown arrived, forced isolation and with it, the hope of being able to reopen in the short term vanished, despite our best efforts.

Even though we fell into the category of companies with permission to reopen, Lotus chose not to do so immediately. Due to an unprecedented demand, the safety equipment had not yet arrived, so we took the decision to wait rather than exposing our employees to unnecessary risks.

The safety equipment required, including FFP2 masks, sanitising gel and gloves, arrived on April 9 and in a second instalment. On April 14, Lotus reopened in total safety.

To address the extraordinary circumstances posed by the situation, the health protocol was reviewed to combat Covid. 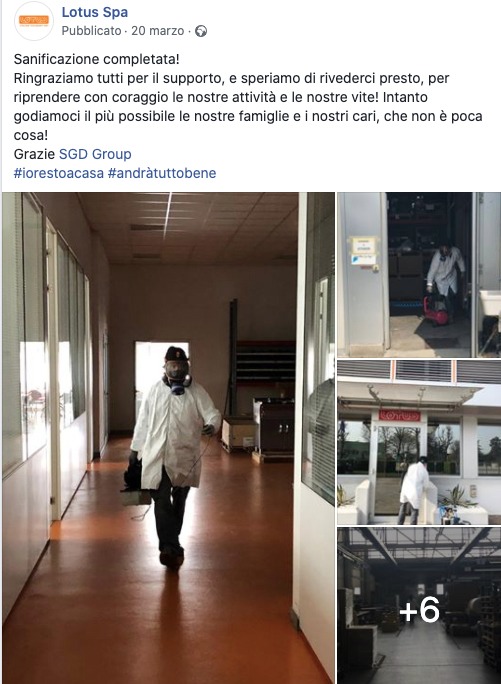 On arriving at the company headquarters, employees must stop in front of the thermal scanner which reads and records their body temperature. A hydrogen peroxide sanitizing machine has been purchased that sanitizes the premises 2-3 times a week - especially the canteen and changing rooms. Nothing is left to chance, the employees work at the regulation distance; all the communally used components are sanitized with ammonia-based products from office equipment, desks, keyboards to the door handles.

The production area carries out all operations at the regulation distance while a part of the restrooms has been sectioned off for internal use, giving visitors access to separate restrooms.

Reallocation of resources - centered around the Lotus warehouse

Lotus has always placed great emphasis on the efficiency of the warehouse and the just in time availability of parts to meet the requirements of its network of partners and customers worldwide. The pandemic crisis has led to a greater focus on this aspect of the company’s business, a decision which in hindsight may appear natural, but initially entailed a strong sense of business responsibility towards our employees, leading to a significant reallocation of resources.

In a world that has been turned upside down and is stuck between recovery and fear of a new setback, with the Horeca sector caught in the crossfire between the pandemic and health measures, Lotus realized the difficulty of its end users to invest in new projects and so, focused on back office tasks, based on the prompt upgrading and replacement of articles. This realization has been confirmed by Lotus’ partners who have provided important feedback in this respect on specific local markets. 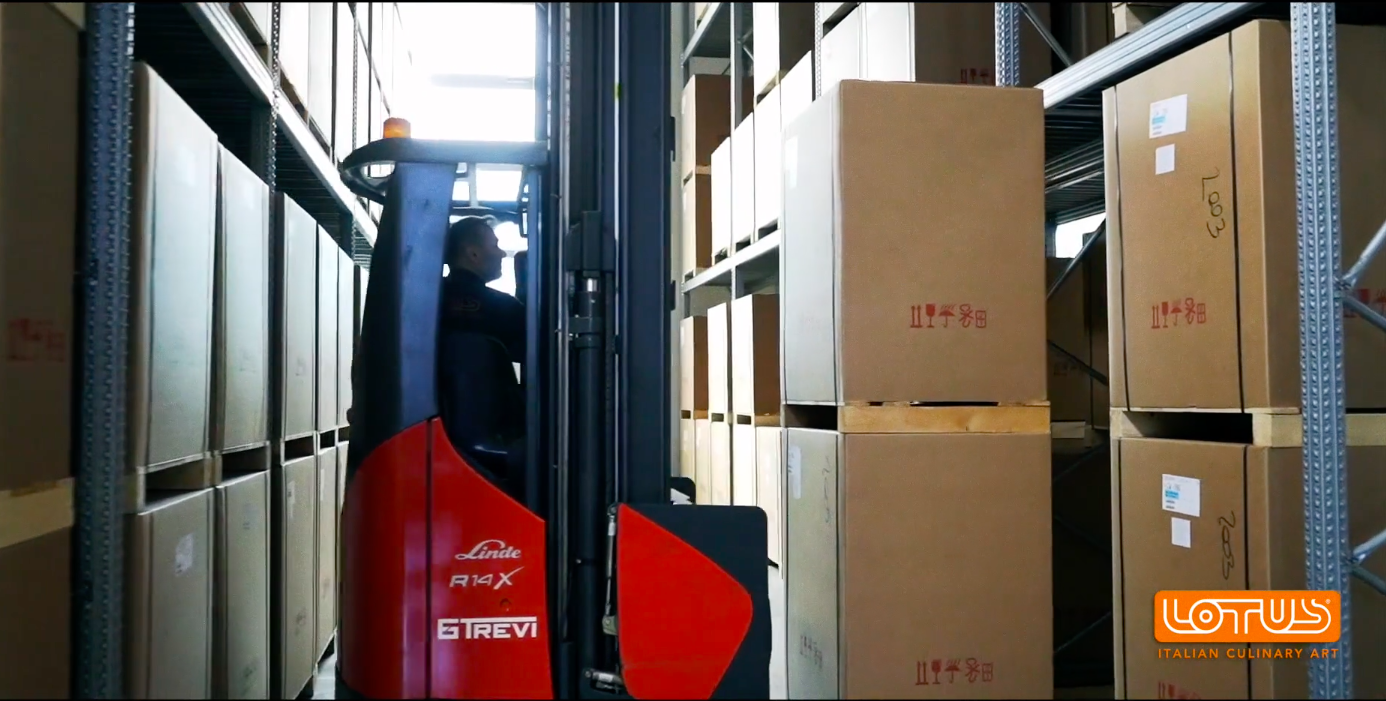 Investing even more in the Lotus warehouse, further increasing the efficiency and speed of delivery times has meant reshaping the Lotus service towards the demand for the 'replacement market'. In Lotus this has also caused an upset in normal turnover proportions compared to the demand for new kitchens.

All turnover in recent months, net of the physiological deficit, has benefited from this readjustment, which has also led to a further commercial adaptation to customers. Since the demand for new projects is very low, Lotus guarantees to take care of its partners' kitchens, providing retrofitting and spare parts solutions with a quick turnaround. The company has been able to achieve this thanks to its speed in offering its customers the replacement solution specifically for their needs, i.e. the right article at the right time. It was a courageous decision which turned out to be the best option possible.

For the next few months, Lotus expects this trend to settle, since its portfolio mainly consists of foreign customers. Based on the difficulties that each country faces in attempting to contain the spread of the virus, we foresee a further increase in turnover on replacement parts and consequently, on the further adaptation of the support service and delivery times.

The confidence and calm of having defeated the virus will usher the world into a new phase and Lotus will once again be ready to change its internal structure accordingly!